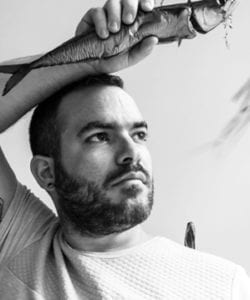 Studio Appétit is a multidisciplinary experiential design studio and concept house based in The Netherlands. It is guided by a new way of thinking about experiences and interactions. The studio has created a vast collection of critically acclaimed concepts and projects since it was founded in NYC in late 2010 by Ido Garini – including for the likes of Rosewood Hotels, Ikea and Hilton Hotels & Resorts. Garini is recognised as an influencer in the creative industries, featuring in numerous media titles and speaking at the likes of TED Talks Munich, Design Miami and Art Basel.